After contracting part-time for Shoefitr for 5 months (or so), I decided it was time to get back on the horse and try applying to jobs again.  This time, revisiting my cover letter and résumé, I could see exactly where to trim the fat and concisely explain my relevant experience.  I now know the language - I can comfortably talk about testing a low fidelity vs. high fidelity prototype, speak with confidence on doing research with a big budget vs. no budget, and I have an artillery of tools I can reference.

I applied to several jobs around the end of August/beginning of September.  About two to three weeks later, I was speaking with four companies at once and setting up interviews.  I was referred to two of the companies.  For one, I saw on LinkedIn that my friend knew several people at this company, so I reached out to him, he made an introduction, and my résumé got forwarded without ever applying formally.  I had never done this route before, but it worked out pretty well!  The companies I applied to were a consultancy, a pre-IPO startup, a recently acquired startup, and a larger company.  In hopes that this will help someone who might be applying to jobs now, I'll go ahead and talk about the general interview processes, but I won't name any names.

Almost all of the interviews followed this general format:

That was the general process and schedule.  Below, I'm going to talk about other things that happened during interviews and give some advice and tips.

Here's what I wore to several of the interviews.  I just put this on now, so my hair isn't did: 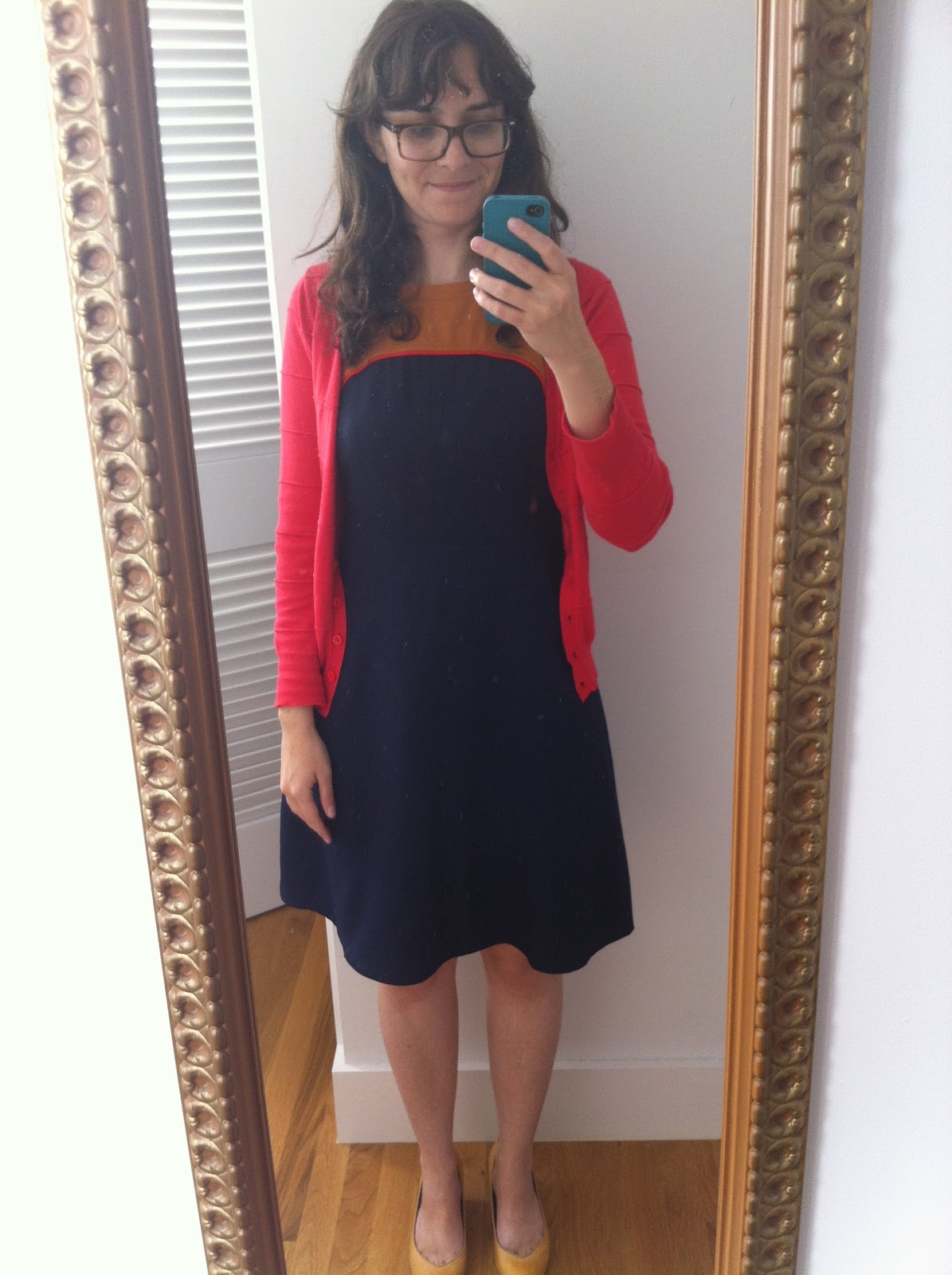 Questions I was asked during the interviews

Questions I asked during the interviews

Timeline of the entire process:
August 22 to September 4: Applied to jobs
September 14 to October 5: Interviewed
October 9 to October 12: Get offers and negotiated.
October 12: ACCEPTED A JOB!

I'm happy to announce that I accepted a job at Yammer.  I'll be starting the 29th (barring any unforeseen changes, and given that my background check doesn't yield anything unsavory).

If anyone out there has other advice on interviewing - what you wore, questions you were asked, etc. - please feel free to comment!
Posted by Unknown at 12:42 PM

You can also find me on these other sites...